How do you take professional pictures with your digital camera? The quality of a photo depends on its composition, what you choose to include and leave out of the picture, how you arrange it in the frame, and how you select the right shooting mode for the job.

If you want to take better photos, you have to become familiar and use more advanced shooting modes, including:

Here are some photography tips to take good photos with a digital camera:

The exposure of the film is a vital step in making a photograph. Exposure is usually based on the important shadow areas of a scene.

To get correctly exposed pictures, you have to control the light that enters the camera and reaches the film. You do that by first measuring the brightness of the scene and then adjusting the aperture and shutter speed until the quantity of light reaching the film matches the film’s sensitivity or the sensor for digital cameras. Therefore, controlling the light is a simple matter of increasing or decreasing either the size of the aperture or the shutter speed.

There are four factors that contribute to exposure: the aperture, the shutter, the light meter, and the film for non-digital cameras or a sensor for digital cameras. In digital cameras, a sensor instead of film is placed behind the lens. These four factors are working together to provide correct exposure. By gaining control over these factors, you’ll be able to produce high-quality pictures.

Aperture is the size of the opening in the lens that admits light. Longer aperture allows more light to reach the film or sensor and therefore require shorter exposure times. Aperture also determines the depth of field, that is how sharp the picture is in front and behind the point on which the lens is focused. The smaller the aperture the greater the depth of field will be.

The size of the aperture is controlled by the lens’s aperture ring. This ring is calibrated in f-numbers. Larger f-number means smaller openings. The large f-number, such as f/22 represents a small opening, while the small number f/1.4 represents a large aperture. So the bigger the f-number, the smaller the lens aperture, and the less the light that reaches the film or sensor.

The shutter controls the length of time that is allowed to reach the film or sensor. If the shutter speed is doubled, the amount of light is halved. This is also the effect if the size of the aperture is decreased by one stop. A fast shutter speed freezes the movement. A slow shutter speed can convey movement.

To obtain enough light for exposure in low lighting situations, you often have to use both wide aperture and slow shutter speeds. Some subjects can be shot with a handheld camera providing a wide maximum aperture of at least f/2.8, but support the camera for exposures slower than 1/60.

For exposures longer than 1 second, use a tripod and a cable release. One advantage of using a tripod and long exposure is that you increase the overall sharpness of the image by choosing a very small aperture. 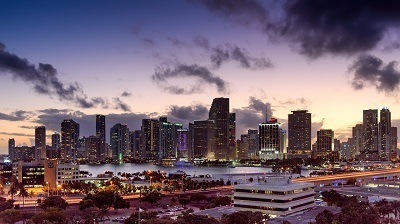 You will need to practice different settings in both bright and dark lighting condition and to compare the quality of your image. Best shooting time is when the light is soft and diffused such as early morning and evening. Avoid shooting during midday when the light is too harsh.

For portraits, try backlighting and use reflectors for better results. Watch out for shadows. Also beware of camera shakes, especially in dim lighting conditions.

Most digital cameras offer a choice of RAW and JPEG formats. RAW file format gives you the choice of editing if you find that your images are too dark or too bright. You can fix them in Photoshop or similar image-editing software. However, if you choose to save images as RAW files, then you have to process the images yourself. When you see JPEG option on the camera, the image will be processed automatically from the raw data and saved as JPEG to the memory card.

The highest quality pictures come from taking a lot of photos on a daily basis using different setting and learning how to use your camera in different lighting conditions.

Use of tripod or keeping your camera steady can help in giving you better images. In addition, good images come from turning off the camera flash or at least pointing the flash towards ceiling to allow the light to bounce from the ceiling.

Try to use a low ISO in most of your shooting because you will get a lot of noise using higher ISO. For portraits, adjust the height of camera on tripod and set the camera at about the center of the modelâs face. Also use reflectors to help modelâs features to stand out and to provide a soft lighting.

For additional articles written by Robert Stevens, see alliedpublishing.com/freelance-photography. Robert Stevens is the author of How to Make Money With Your Camera published in 2019.